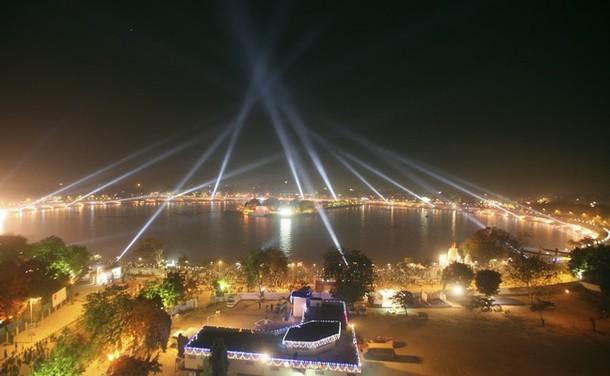 Those who have come to Ahmedabad for fun and travel have definitely visited one place with their children or family. A location where they can enjoy a zoo, a boat ride, a ride in a hot air balloon or take a stroll near the lake with their spouse and look at it as a picnic spot. The place is Kankariya.

Kankaria is one of the biggest lakes of Gujarat in the southern part of the city.  This place is also famous for its zoo known as the Kankaria zoo.  Every day, hundreds of people visit this place to enjoy and take part in a zoo, toy train, a balloon ride and other entertainment hotspots present around. 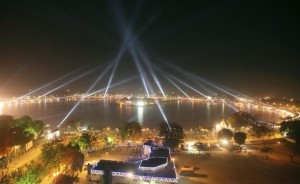 In the near future in the month of December, this place will also host an yearly weeklong festival known as Kankaria Carnival, where different activities pertaining to art, culture and society will take place. About more than 50,000 people visit the festival during this time.

A Brief history of Kankariya Lake

The Kankaria Lake as noted above is one of the biggest lakes of Gujarat. It was built in the 15th century by Sultan Kutubuddin and was earlier known as Qutub Hojj. Interestingly, at a specific location of the lake, there is a walkway that mergers into a garden called as Nagina Wadi at the center of the lake. The lake is about 1.4 miles and has 34 sided polygon steps as well. It is also famous for the filtering and purifying engineering system of the water.

People who visit this place can take the chance of boating that starts from the Nagina Wadi garden. Boating can be done from the rowing boats as well as the motorboats.  Children can also take the advantage of seeing the famous zoo, situated on a small hill and is considered to be one of the best zoos in the country, all thanks to its previous caretaker Mr. Ruben David.  More than 1200 animals and birds have been kept in this zoo. There are the famous white tigers in this zoo which are a major attraction.  There are 450 mammals, 2000 birds and more than 140 reptiles. It can take about 2.5 hours to take a round of the entire zoo.  Peacocks can be seen flying around the zoo at anytime of the day

Various  attraction for children at the Kankariya

The adults can also take their children to a science museum at kankariya with subjects ranging from science, geography, world, India etc.  Children can enjoy themselves in the Most traffic trend school supplies programs, whether completed online or in the classroom, may take about 8 hours to complete. laughing mirror house making different distorted images of their own faces.  This place is also known as Balvatika that includes places like playroom, Butterfly Park and a weapon display house.

A visit to this place is incomplete without eating the local delicacies at the roadside shops or restaurants nearby or in the place. Food items like ‘Pani Puri, Paav Bhaaji, Bhel, Kachori, Pakodi, Ice Cream, Dahi Wada and other food are famous here.  The children can also take the advantage of ‘kids City’ that has about 18 activity centers that include banks, fire stations, police station and courtroom along with a theatre.  The heritage gallery is also kept for the kids to gain some information and knowledge.

Who would not love a train? There is a train named as ‘Atal Express’ after the past Prime Minister of India, ‘Mr. Atal Bihari Vajpayee.’ It can carry about 150 passengers around the 3.5 km lake. It is also one of the favorite and major attractions of the place. Some people also take the advantage of the ‘Balloon Safari’ known as the Ahmedabad Eye. It is a joy to ride in the hot air balloon and view the entire city in a bird’s eye view that provides a very exhilarating experience.

There are also other entertainment games and fun filled activities at the Kankaria. The authorities take extreme care and also urge the people to take care of the cleanliness of the place to have a better infrastructure. On top of that, various trees are planted all over the place to make the place green. There is also a laser show program in the evenings that gives a colorful look to the place with different lights.

The other benefit of the Kankariya is that it is situated very near to the bus stand and the railway station. Easy transport is also available for people coming from outside. This is why children would term it as one of the best places to visit in Ahmedabad