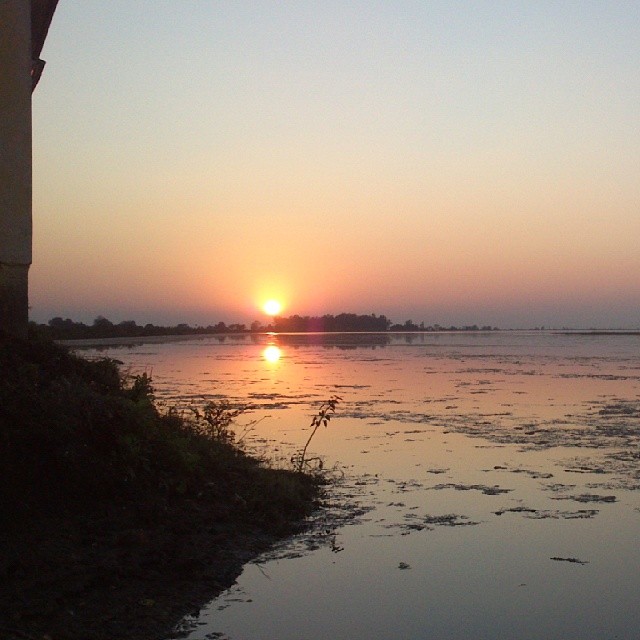 I guess people like to see wild animals more than birds. But there are some people who not only like to study on the bird species, but also like to see them and photograph them from a close distance. I come in the latter category I guess, as I like nature, regardless of whether what I see in front of me is part of wildlife, domestic life or the bird life. Today, I am going to talk about my brief sudden journey towards the famous Vadhvana Lake near Dabhoi-Vadodara.

I was relaxing on a quiet Saturday evening on the last weekend of December 2013, when I got a call from a friend asking if I was interested to come early morning to Vadhvana to photograph some exotic birds. I did not want to miss that chance and so immediately nodded in affirmative. 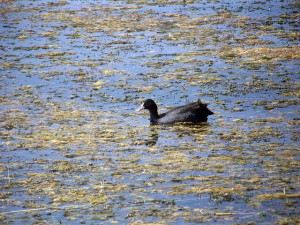 The Vadhvana Lake is a wetland situated in Dabhoi ‘Taluka’ in Vadodara. It is declared as a bird sanctuary by the government of Gujarat and the forest officials manage it. This lake was built by the former rulers of Vadodara-The Gaekwads and is considered to be the second largest in the state. It is now a famous tourist spot and a home to various domestic as well as migratory birds, especially during the winter season.

Location of the Vadhvana Lake

This lake is located just 45 km from Vadodara, so we had no issues with getting up in the chilling December cold at 4 am and dashing off at 5 am in the car. There are nearly 25 villages in the Dabhoi region. The lake is surrounded by many fields that make it easy for the farmers to get easy water for irrigation. We learnt that the lake is only 20 km away from the famous Jambughoda Sanctuary.  One can also take a narrow-gauge train ride to the nearest station and walk a km to reach the wetland.

Being a Sunday, we were lucky enough that we did not have much traffic and there were fewer tourists like us, when we got off from the car. They were serious photographers and bird watchers who had come from far and wide to see birds like Tern, Ibis, Spoonbill, Coots, Grebes, Common Pochards, Greylag Geese from Europe, Kingfishers, sandpiper, Darters, Egrets, different sparrows, Harriers, Storks etc. The lake was huge and was supported by a small canal near the steps. 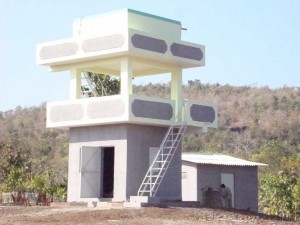 We saw that there was management of tents and cottages built by the forest department for people who want to stay overnight. There are strict rules here about certain things to be followed like:

Photography at the Vadhvana Lake

Point well taken. We also noticed that there were couple of bird watching towers, but no one was interested to climb that high early in the morning. We were told that some birds came from as far as Europe, which surprised us with their capacity to fly that far and come here.

We noticed that people were studying the behavior of the birds and instructing their students about the same. We soon got down, photographing the colorful birds of different sizes flying and swimming in groups in the lake.  We could see Storks, Egrets, larks, Harriers, Kingfishers, Ducks, Pochards, Grebes and our guests from Europe-the Greylag Geese with some local birds.

Some birds were flying around while some were sitting in silence contemplating in the early morning rising sun with their group species.

Other Tourists at the Vadhvana Lake

There is a small like cafeteria as one gets along the lake where one can get the local ‘Bhajiyas’ and some wafers. We did not realize that we passed about 4 hours at the location before the sun came on our heads indicating noon time. We also noticed some couple of water snakes in the lake. One just passed us into the fields without giving us a glance.

As we headed back, we saw school children with their teachers on a picnic to the lake. They were all very excited to be here. Ah! The school time, one of the best time of our lives, isn’t it?  We did our late morning breakfast on the way and soon started back towards Vadodara. I must say that the authorities have taken enough care to maintain the wetland and manage the noisy tourists.

Distance and Travel to Vadhvana Lake

For those who want to go to the Vadhvana Wetlands to watch the birds, they can take a private car up to the place. It is just located 40 km from Vadodara and 8 km from Dabhoi. The nearest Airport and Railway station are in Vadodara. The best season to be here is from October to March. Remember to not bring noisy children with you.