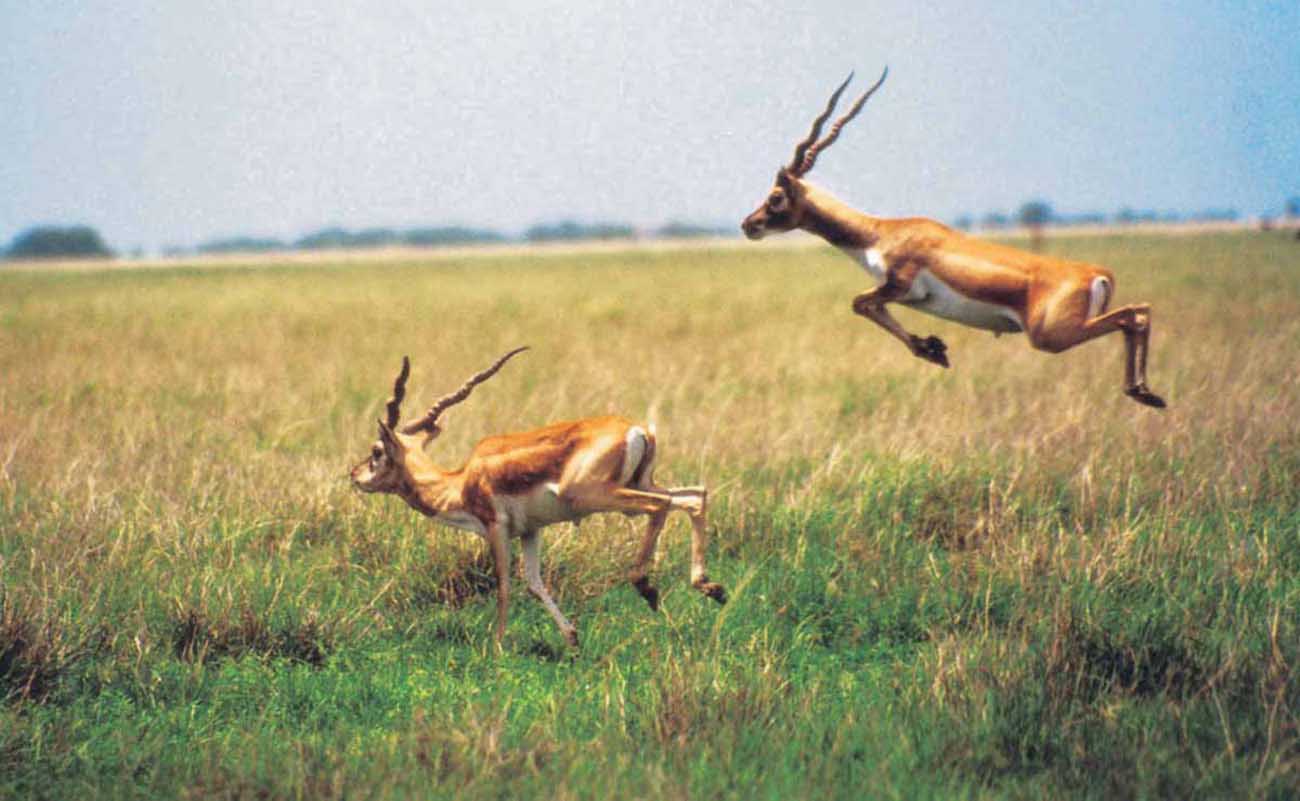 The southern portion of the park that is quite near to the Gulf of Khambhat gets filled with water during the high tide time.
Thousands of visitors visit this grassland every year to not only view the blackbucks but also other animals and birds. The Gujarat government and the forest department of Gujarat maintain the national park.

Wildlife at the Velavadar National Park

People come here to mainly see the blackbucks living naturally and to photograph them in various styles of running, jumping, drinking and fighting other males. Male and female blackbucks are seen together in groups. Currently, there are about 3200 blackbucks in the national park. They are found only in South Asia.
The Wildlife includes Blackbucks, Antelopes, Wolf, Striped Hyena, Jackal, Jungle Cat, Fox, Hares, Pigs, etc. Visitors who decide to stay here for the night at the forest guest house often hear the usual nightly howls of the jackals and wolves, giving a feeling that they are in a jungle. 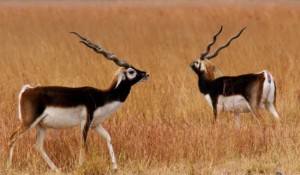 There are more than 185 species of birds found here that also include the migratory birds casino pa natet as well. The Birds which have been spotted at this park frequently are Black Shouldered Kite, Houbara Bustard, Imperial Eagle, Wader, Pelicans, Flamingos, Floricans, different types of harriers, Red Falcon and Owls. Floricans which are very rare in the world can easily be seen here.

The Velavadar National Park is open throughout the year, however, the months of June to February is an ideal time to visit. During the rainy season, the park is closed for some time. Bird lovers can visit the park between December and March.

Airport
The nearest airport is Bhavnagar which is located just 70 km away and Ahmedabad that is about 145 km away.
Bus Station
The nearest bus station is at Vallabhipur that is 30 km away. 2 buses from Bhavnagar travel daily to the park.

People can also hire a private taxi from Bhavnagar or come in their private vehicles.
The Entry fee for people travelling in vehicles is only Rs. 20. Photography is also allowed after paying initial charges and getting permission. A guide can be hired if required.

For accommodation, people can stay in the forest guest house or at the nearby hotels that are economic and cheap.

Timings of the Velavadar National Park

The Velavadar National Park remains open from 6 am to 6 pm.