Rajkot is a popular tourist destination situated in the vibrant state of Gujarat.

The city is located on the banks of river Aji and Nyari, around 245 kilometers from the capital city of Gandhinagar. The city attracts millions of tourists for its various cultural and scenic tourist attractions. The city is centrally located and provides an easy access to attractions like Rann of the Kutch, Somnath, Diu and Gir Forest.

While Rajkot is a part of itinerary of many tourists across the country, the city is also famous as the residence of Mahatma Gandhi during his childhood years. The place is especially a tourist hub in the autumn season when it soaks itself in the celebratory colors of Garba and Navratris.

Rajkot has a significant historical background as it was home to Mahatma Gandhi and many freedom fighters. It is the major hub of the Saurashtra region of Gujarat state and was a capital of Saurashtra from 1948 to 1956. The city played a pivotal role in the Indian Independence Movement. It was earlier a part of Bombay state. It merged into Gujarat state later after May 1960. The city is surrounded by important tourist destinations like Junagadh, Amreli, Kutch and Jamnagar.

Best time to visit
Rajkot has typically tropical weather just like the rest of Gujarat. The weather is mostly dry and arid in summers from March to June. The winters are pleasant yet short-lived. Winters are the best time to visit Rajkot when the maximum temperature goes up to 20 degree Celsius. The autumn months are also mildly pleasant and the temperature stays in the range of 18 to 20 degree Celsius.

It is the best time to visit Rajkot to witness the Garba celebrations. Besides, that monsoon season is relatively humid yet pleasant for touristy activities. From June to September, you can have an optimal temperature to explore the city.

It is advisable to avoid summers because the maximum temperature can go beyond 45 degree Celsius. On a whole, winters are pleasant and the best time to make your travel plans for Rajkot.

Famous Spots to Visit
There are a number of tourist spots and landmarks to visit in and around Rajkot. The Aaji Dam is a colonial gem. If you are a history buff, you can visit Watson Museum and Library. It holds a rare collection of artifacts and things dating back to Indus Valley Civilization. The Rotary Doll museum is another gem that showcases dolls collection from the world. If you are a religious traveler then you shouldn’t miss on the famous temples of Rajkot like Omkareshwar Mahadev Temple, the Jain Derasar and the Swaminarayan Temple. The city of Rajkot is famous for its savory Gujarati cuisine and mouthwatering delicacies that you must try while you are there.

Weekend Getaways within 300 km from Rajkot 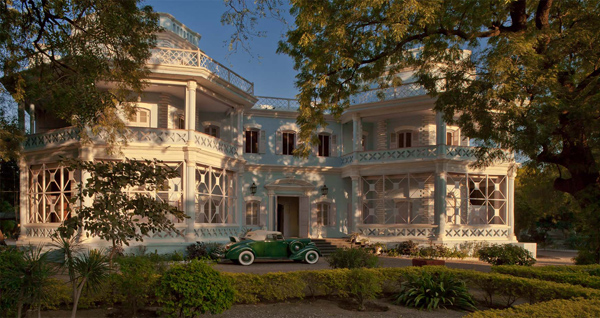 Distance:
The distance between Rajkot to Gondal is roughly 40 kms. It takes more than an hour to reach this place making it feasible for weekend trips.

Reasons to Visit:
Gondal has a lot of local tourist attractions that can be easily covered in two to three days. The major tourist attractions are –
– Riverside Palace: The palace was built by Maharaja Bhagwat Sinhji in 1875 AD for his son Yuvraj Bhojraji. The palace lies beside river Gondal and sets in the backdrop of lush gardens. You can witness colonial style furniture and pleasant antique sit outs overlooking the river.
– Orchard Palace: It is a huge complex of fruit orchards and lawns with a special ‘room of miniatures’ having a splendid collection of miniature paintings and antique furniture.
– Royal garages: This place boasts of extensive collection of vintage cars, limousine and sports cars along with a fleet of vehicles dating back to World War II as well as post-war period.
– Naulakha Palace: Built in 17th century, it is the oldest and most beautiful palace in Gondal. The palace was built in nine lakhs and hence named so. It has a stone carving, lush lawns, beautiful courtyards and exquisite stone carvings. It has a grand Durbar Hall inside which holds period furniture and Belgian mirrors along with splendid chandeliers.

Places to Eat:
The restaurant Dreamland is known for its excellent service and mouth watering delights. You can also try Kathiawadi Thali which is a typical Gujarati thali. 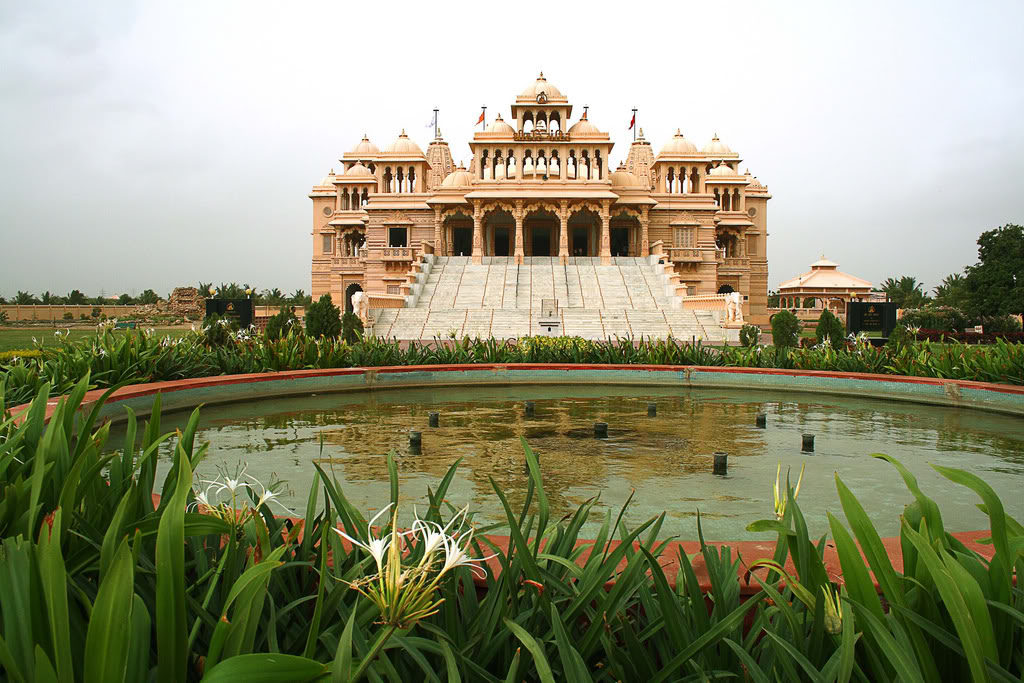 Reasons to Visit:
– Darbargadh: A palace with huge carved stone entrance and massive doors was built by Rana Sartanji. Visit this place to see intricately carved wooden work and massive courtyards
– Kirti Mandir: This was the house of Mahatma Gandhi and his wife Kasturba Gandhi. It has a museum, library and a prayer hall.
– Huzoor Palace: It is located at the end of Marine Drive and built in European style. You can see sloping roofs and huge windows that overlook the sea. The place is worth visiting for its neo-classical pillars and exquisite views.
– Sartanji Choro: The three storey grand summer pavilion is built in Rajput style in the middle of a garden. Here Rana Sartanji used to compose poems and find solace in nature.
– Visit Porbandar to shop from a wide range of textile and the famous Bandhani work.

Places to Eat:
Swati Veg Restaurant and Swagat Restaurant are the most famous eateries in Porbandar for their multi-cuisine delicacies. For fast food cravings, visit Shreeji Fast food. 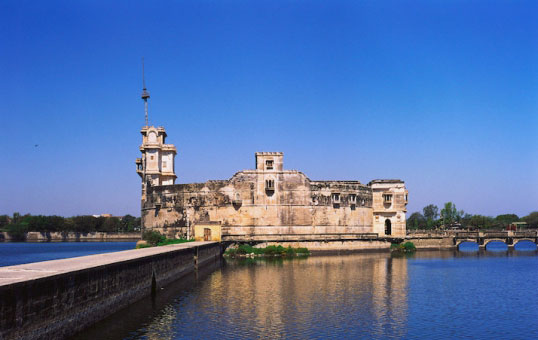 Reasons to Visit:
– The ‘Jewel of Kathiawar’ is known for its beautiful beaches and sanctuaries. Visit Poistra Beach for a peaceful escape and its picturesque views.
– Visit Darbargarh to witness  a subtle fusion of Rajput and European architecture style.
– The Lakhota Palace on Ranmal Lake is shaped in the style of a large bastion. An arched stone bridge has a fine collection of wooden carvings, sculptors, medieval coins, ruins and inscriptions.
– Bala Hanuman Temple is a famous religious site to pay your religious visit. The place has continuous chants and prayer of Shri Ram, Jai ram, Jai Jai ram since August 1, 1964 and has made a world record. The best time to visit it is early evening.
– Khijadiya Bird Sanctuary and Bardar Sanctuary are must visits for their unique views and ancient town settlements.
– Kotha Bastion is a famous old well where you can draw water by blowing a hole in the ground.

Places to Stay:
There are many good options available within INR 2000. Hotel Viraj Inn and Hotel K D Comfort provide luxurious and comfortable stay within budget.

Places to Eat:
Rajwadu the Village Restaurant is the most famous one along with Atithi Restaurant and The Saffron. 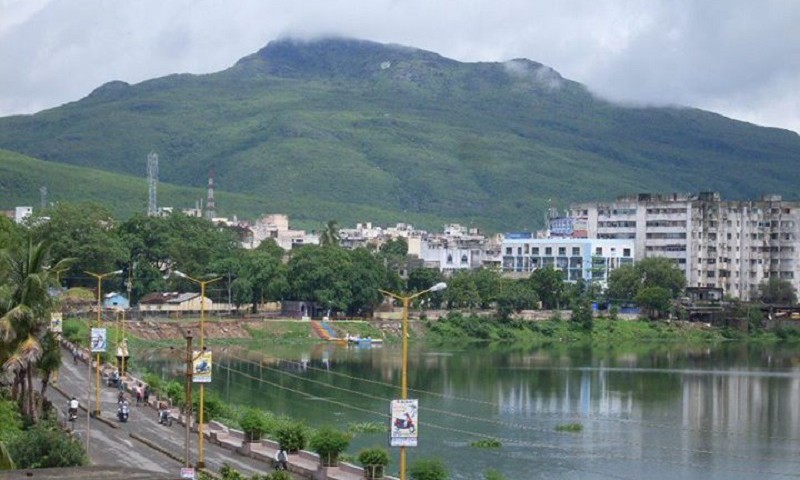 Reasons to Visit:
– Junagadh is the best place to witness Maha Shivratri in its Somnath Mandir
– Mahabat Maqbara is a popular tourist destination to visit for glorious Indo-Islamic architecture. Built in 1892, it has intricate silver colored doors and spiral stairway
– Mount Girnar is another gem of Junagadh. The hill is the most sacred to Jain community and has Amba Mata temple situated on the top. A popular fair is also held in the months of November and December. The temple is visited by newlyweds and millions of Hindu and Jain pilgrims
– Ashoka’s Rock Edict is a huge boulder located en route Mount Girnar hill. The inscriptions date back to 250 BC and have Sanskrit language and Brahmi script inscribed.
– Upperkot Fort was built by Chandragupta Maurya in 319 BC and is famous for surviving 16 sieges in the last 1000 years. The ornate triple gateway forms the entrance.

Places to Stay:
otel Harmony in Junagadh is a decent stay in affordable price charging from 1000 INR onwards.

Places to Eat:
The famous restaurants of Junagadh include Petals Restaurant and Geeta Lodge. 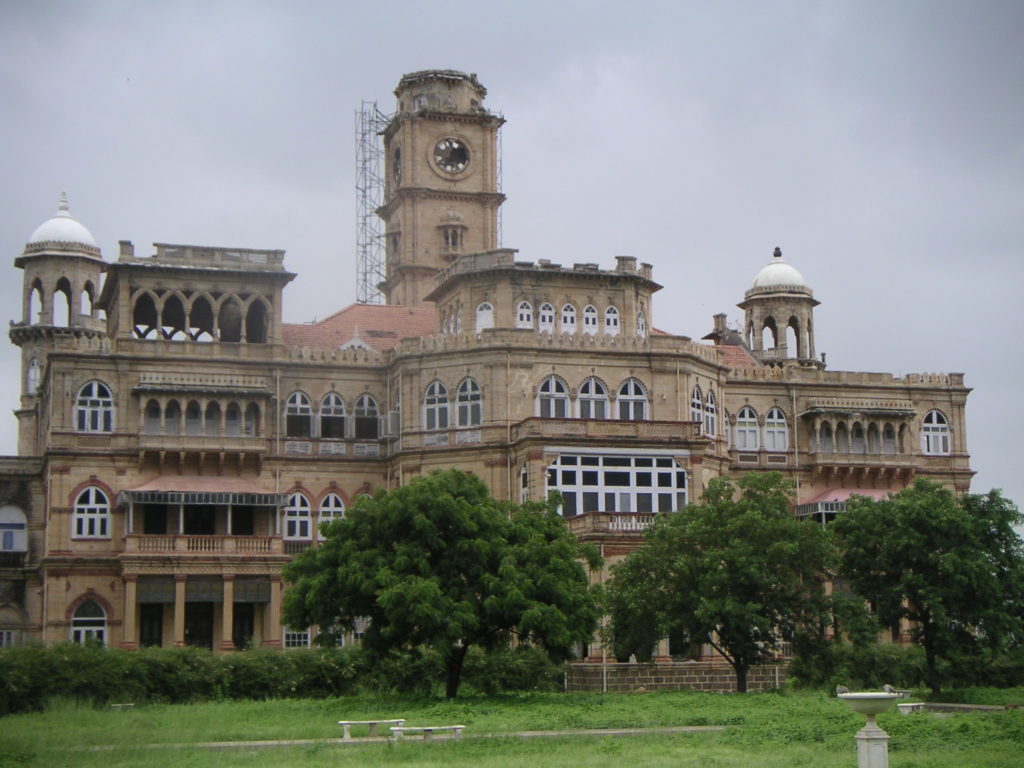 Reasons to Visit:
– The most popular place to visit is Ranjit Vilas Palace which is also the official residence of Maharaja. The palace is located on the hill side and used to receive 11 gun salute as honour before Independence
– Wakaner is famous for its hillside. Do visit the famous Gayatri Mandir on top of the hill. Search Tower, locally called as ‘Tekri’ is also famous place to pay a visit
– Shah bava Dargah is a famous religious site for Muslims and Hindus equally.
– Visit Nagabava Temple located in the Pedak area of the city where traditional fair is organized yearly
– Make a visit to the Royal oasis, the summer place of royal family of Wakaner.

Places to Stay:
There are several budget options available in Wakaner like Avadh Hotel and Hotel Labh. If you are looking for more luxurious options, then go for Neemrana’s Darbargadh Palace and Hotel the Grand Vaibhav. 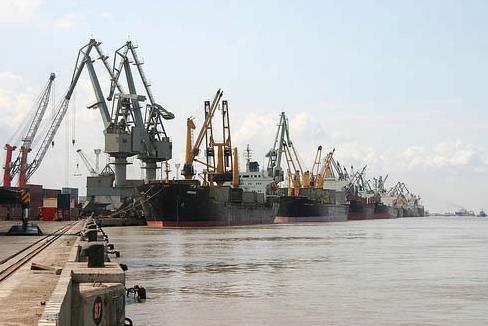 Reasons to Visit:
– Kandla Port is a major business port of India situated on Kandla Creek. It was built way back in 1952. You can see the business going on at one of the busiest ports in India
– Sapatura, the hill resort of this area can be a point of interest for its pleasant weather and forest range of Sahaydri surrounding it. It has cool temperature and you can explore the tribal culture around this area.
– The monument of Mahatma Gandhi and Bardipara Wildlife Sanctuary is worth a visit.
– Gira Falls on Saputara-Waghai Road is such a scenic spot

Places to Stay:
There are many luxurious options like Radisson Hotel as well as budget options like Hotel Aarti International.

Places to Eat:
Gandhidham has many popular delicacies like Dabeli which is a popular local food. Apart from this, you can visit Shiv Regency for Gujarati Thali. 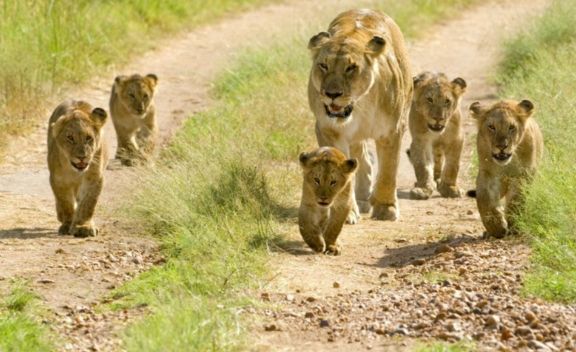 Reasons to Visit:
– One of the finest wildlife sanctuaries, Gir National Park is famous for being the only habitat of Asiatic Lion.
– Do take the jeep ride for Jungle Safari and explore the interiors of the sanctuary
– The main wildlife attractions besides lion are Wild Boar, bear, panther, deer, leopard, jungle cat, hyena, mongoose, jackal, porcupine and four horned antelope.
– You can spot over 200 varieties of birds here that include peafowl, serpent eagle, jungle bush quail, common green pigeon and many species of doves
– Other attractions like Kankai Mata temple are also worth a visit
– The famous hot springs called Tulishyam Hot Springs are natural hot water springs where you can enjoy a hot bath
– Gir Interpretation Zone is located approximately 12 km west of Sasan Gir and also known as Devalia. It is fenced from all sides and the chances of spotting a lion here are bright. The entry is free for all. It is advisable to take guides along with you
– Gir Orientation Centre, located inside the premises of Sasan Guest House Campus is an interesting and knowledgeable place with the complete information about Gir Forest. You can see photographs, paintings, clay models and several images of the inhabitants.

Places to Stay:
You can stay at luxurious Gir Jungle Lodge and The Fern Gir Forest Resort which are famous for their unparalleled luxury stay. Besides, you can go for budget options like Hotel Aditya that comes under 1000 INR.

Places to Eat:
It has a number of local and multi-cuisine options with Hotel Aditya and Gir Rajwadi Hotel being the best ones.