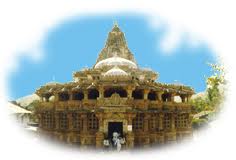 2 Years back on November; my boss took me to visit the Shamlaji temple and the nearby fair which is famous. I had asked him to make it a short trip as I had to go out of station.

Time and place of the Shamlaji Fair.

We went on Saturday during the weekends. I learnt that the Shamlaji Fair which is also called the Kartik Purnima Fair or full moon fair is held regularly every year in month of November for 2 weeks in Sabarkatha district-Gujarat. Since it was the winter time, the temperature was between 25*C. I came to know that the border of Rajasthan is quite near to this place.

Some information and history of the Shamlaji Temple

The temple is dedicated to the Vaishnav sect’s god called Shaksi Gopal or Kalio Bavji. –Another name of Lord Vishnu or Krishna. The temple dates back to 11th century. Major fairs and attractions are held near the temple. The Meshwo River flowing nearby is essential for taking bath before going to the fair as it is considered to be sacred.

There are about 3 mythological stories regarding the Temple.  The first says that Lord Brahma performed Penance at this place on Lord Shiva and Lord Vishnu to please them for 1000 years on his quest to find the best sacred place on earth. Lord Vishnu asked him to do a Yagna and established himself here in form of Shamlaji.

The other story goes that the Deva-Vishwakarma, the divine architect built this temple at night time but could not take it with him in morning, so he had to return leaving the temple here.

The last story goes that the idol of Lord Shamlaji was found on this site by a tribesman and started worshipping him. A merchant built a temple at this place thereafter.

The temple is one of the important 154 pilgrimage places in India.

When we went to the fair after paying our respects at the temple, it was nearing Noon. There were people of different castes and communities who had come there to enjoy the fair. The local tribes called Bhils and Garasias take active part in the fair. We were shown different and beautiful handicrafts of the local city with various artistic designs.  As I estimated and on my research, I found out that the fair is visited by more than 2 lakhs of people, who come from different parts of India to attend the fair. Wow. Yet, the administration was flawless and there were no issues with any facilities.

Fortunately, I had taken some pair of clothes, so I did not face any issues for my bath in the Meshwo River before entering the fair. The local market consisted of many gold and silver ornaments being sold. I purchased some ornaments for my sister. There were also local clothes and food dishes being sold here. I tasted the famous ‘Sharbat’ or sweet drink of the Shamlaji fair. It refreshed me from my tiredness.

I could see the unity of different people participating in the fair. There were different cultural and sacred plays being performed on the streets with people being happy witness to it.

While my boss was seeing the activities of the fair, I heard some devotional songs from the temple and the fair grounds. They were being sung by the local ladies and people in name of God. My boss took me to see the Buddhist stupas and Vihars near the Shamlaji Fair. It is always a divine experience to see something connected to Lord Buddha.

We had our lunch on our way back from the Shamlaji fair. My boss told me that in evenings, people get together and light lamps against the sunset and pray to god for everyone’s peace around the world. The fair goes on till 1 am in night time. I had also seen different colors of parrots being sold here along with the bangles for ladies.

Since, we had to return to Ahmadabad which is about 115 km away, we decided to go early. For those who want to go by railway route, they can take the railway route to the nearest city of Modasa and then go by road. The nearest airport is Ahmadabad airport. Modasa is only about 30 km from the Shamlaji temple.