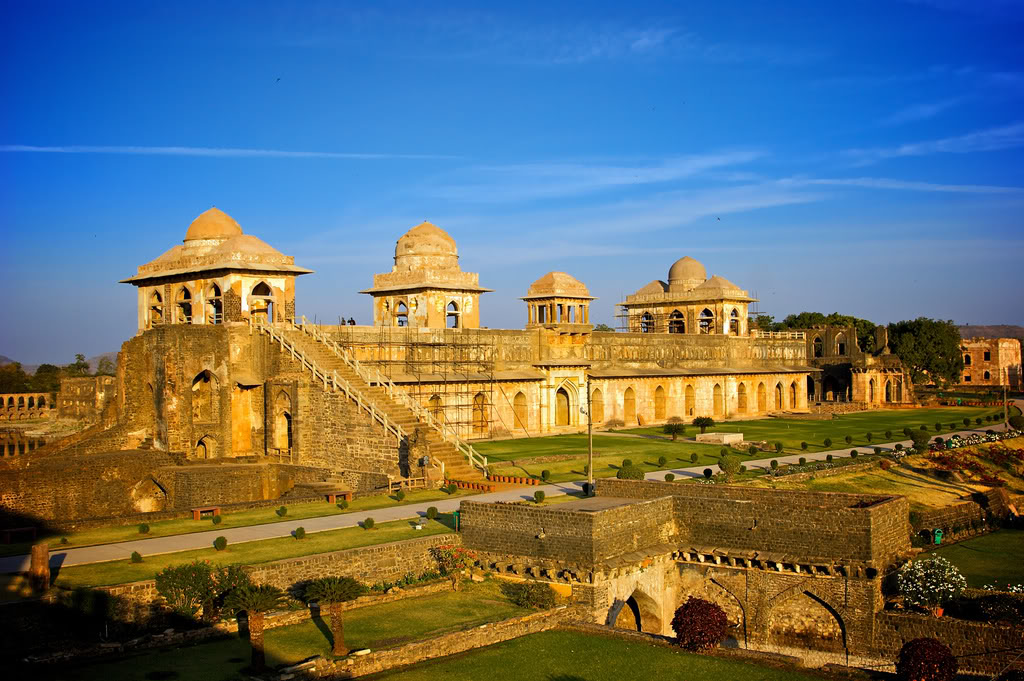 Further continuing the journey in this place where beauty is enchanted at every step. When you are taking a back route, I am sure by now you have tested the eco point by saying one or the other thing. So just near that place I am sure you might have seen three wracked constructions as mentioned by the guide are the dwellings of the nanny’s. Further down the road is the dining hall of the soldiers, this place looks a bit haunted though. 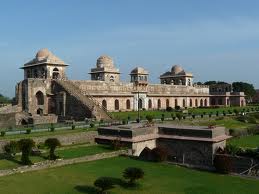 So now we are ready to enter into the even better part of Mandu compared to whatever we’ve seen till now. Entry to this place is chargeable and trust me its worth paying it. As soon as you enter the gate for Jahaz Mahal on your right is a small museum you can have a quick look if you want. Right in front of you is a big structure attractive and looks fully intact. The pedestrian path is also attractive and green, as you go closer to the fort it goes bigger and bigger. Now on your right is a big pond sufficient to provide one years water supply to the fort then there is this ship palace and to the left of the palace is another big pond called Munj talab. This gives the palace a look as if a ship is floating in the water and so it is called Jahaz Mahal.  The Kapoor Talab (pond of Camphor)has a story. The name goes by the story that who so ever takes bath in that pond will have black hairs. The king used to ask her queens to bathe in this pond, however it is not the best option to bathe in now.

On the jahaz mahal there are long staircases for access to the terrace. From the terrace you can see that the whole structure is divided into three different forts and all are accessible through different stairs. The ruler of that time was really fond of fountains hence between the three structures you can see a lotus shaped and a tortoise shaped fountains, however water don’t flow in them now. Inside the fort are big rooms for different purposes. On the last structure out of the three  there is this big elevate balcony which is for the queens to come to the kings court on an elephant. Looking up you’d say were the elephants really that tall? Yes they were!! Further down the palace were described as the dwellings of the then king who had some 15000 women for his entertainment. 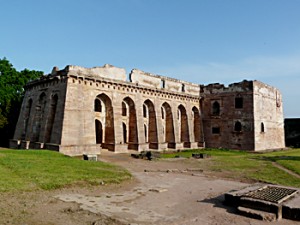 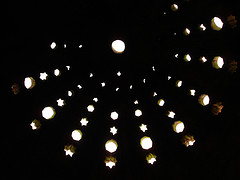 So again we’d be talking about the architectural brilliance at this place where the so called queens used to stay. Again you’d be able to see the water channels. Now in the middle of the place as described by the guide is the place where all the arms and ammo were once used to be stored. The construction of these dwellings are such that during the summer their chambers are filled with cool air courtesy Munj Talab. The dwellings are constructed that way and the guide will demonstrate that. In the further part of this place suddenly the ceiling size is reduced. This gives sometime for the dwellers to rush towards a safer place. As referred by the guide the ceiling length is some 5 and a half to 6 feet and humans at that time used to be as tall as 8-9 feet. Hence they had to droop and lower their speed of running with swords lingering and getting stuck in the ceiling. There are some structures referred to as the bathing place of the queens inside are elevated channels where hot and cold water used to flow and on the top as an arrangement wherein you can stand underneath on a rainy day and it will give you feel of having a shower. (brilliant again isn’t it?).

I hope you enjoyed the description of the place. Worth visiting not once but twice thrice and many more times. I had been to this place thrice and plan to go again in the coming summer.