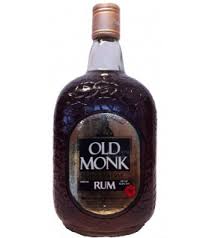 Alcohol and Gujarat-Though both are like divorced couples, yet it seems that they regularly keep seeing each other secretly. Gujarat still has the Bombay Prohibition act-1949 in action that prohibits people from drinking and buying liquor. Although people can buy alcohol by getting an authorized permit from the state government, it is not so for everyone.

So where do liquor loving people actually go when they feel like having booze? There are some locations preferred by the ‘Gujju’ people, when they feel like having a peg with their friends. It is also a well known fact that you can get your choice of brand for the alcohol by just dialling a number by just sitting at your home and ordering one.  However there are some locations, where alcohol is permitted to drink for the people in open.

There are some local as well as international places, where the Gujarati people can opt to go and have a drink. Just like Gujarat, liquor is also prohibited or banned from Mizoram, Manipur, Nagaland and the Lakshwadeep Islands. Let us look at some of the places where Gujjus specifically go to have a round of ‘Booze’ with their friends.

People can go to a 3 star or a 5 star hotel in their city or outside the state hotels to try their luck in drinking.  If they have liquor permits, they can easily have a drink at the hotel premises with the staff serving their favorite brand of whiskey, wine, rum or other drinks. People going outside the state can go into any good hotel where drinking is officially allowed by the Government.

In Gujarat, as per the unofficial report, there are only about 6 wine shops in the city of Ahmedabad and the same or less numbers in other cities. 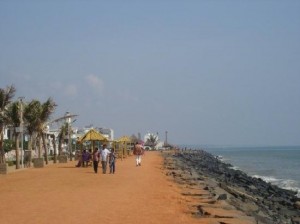 The Rajasthan Royalty for the tourists and travelers to the state is exceptional. People going to Udaipur and Jaipur along with Pushkar can get good liquor as and when required in good quality with affordable prices. People can also ask for foreign made alcohol which may be priced a little higher than the local ones, but at the end they will be satisfied for sure when they drink it in the evening time with their friends.

However, there is one note of caution-that one should check about the source of supply of alcohol as there may be some adulterated alcohol supplied. One should also check if there are any local laws that prohibit drinking at a particular area.

Diu and Daman are some of the preferred beach-Town in Gujarat, where people love to relax themselves at the beach with their friends and drink their favorite brand. Though it is prohibited to drink in this place, one can get good alcohol-local or international at relatively cheap prices. People generally go during the weekends or during the holidays to enjoy a couple of days at the beach and drink to their full satisfaction. 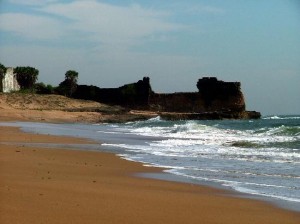 However, it should be noted that in cities where drinking is allowed legally, the law prohibits anyone to drink publicly after the midnight or after 11 30 pm. People also head over to one and only one hill station in Gujarat-Saputara, close to Maharashtra, where a proper contact can get you to your preferred bottle of drink.

As such, nothing is left to be told or discussed about this wonderful place of beaches, where people go to not only relax and travel with their family and friends, but also for having‘Booze’ freely. People can drink at their hotels or home or at a location after the midnight curfew for drinking starts.

These metropolitan cities of India have legalized liquor selling for the people. So the liquor drinking Gujju always puts his hair down and purchases an alcohol brand of his choice freely.  There are special liquor shops available where the brand of any type of alcohol is sold-whether it is national or international brands like Bacardi?, Tequila, Old Monk, Don Q, Bagpiper, a Kingfisher, a Vodka brand or other such known brands.

For the affluent Gujaratis, when they go to any foreign country for business or travel purpose, they can search for their choice of alcohol brand which is not only cheaper but also a well known among the locals. The Angkor Beer in Cambodia is well known while the beer in Thailand is very cheap with only $ 1 to $ 5 for it, available at quite a bargain from the local restaurant. The ‘bucket’ is famous in Thailand which is a mixture of the local rice whiskey along with Coke.

The other foreign locations famous among the Gujarati People for alcohol are Bangkok, Phuket, US and other such countries. Europe is the hot favorite destination for those Gujaratis who are extra rich and would like to spend their summer vacations at a cool country in Europe like Bulgaria, Serbia, Poland, Scotland etc.

So one in all, where there is a will, there is a way for Gujju people.  There are of course large number of people who would not like to touch alcohol at all as it is like a taboo for them. But are we talking about them here? So enjoy