Gorakhpur City – situated on the eastern part of UP on the bank of river Rohini and Rapti. The city is proud of its cultural and religious significance and attracts number of tourists from all over the world every year. 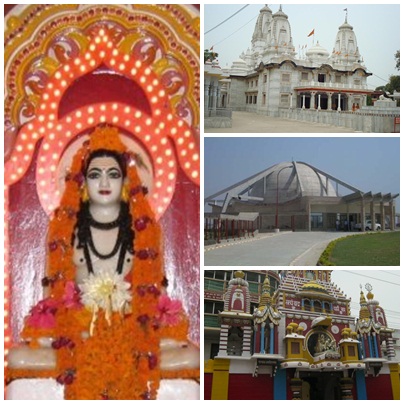 Earlier called as Muzzamadabad, it holds a significant position in the Indian history as it is the same place where Aryan civilization flourished. It was one of the 16 Mahajanpadas that existed in 6th century BC and the city has seen various dynasties rules over here.

Named after Baba Gorakhnath, the place is the witness of myriad changes over the time and is a confluence of Hindu and Buddhist culture.
The city attracts tourists due to its cultural richness and is a popular destination in the eastern UP.

Let’s see what are the places that should be on the top of your itinerary while you plan to visit the place. 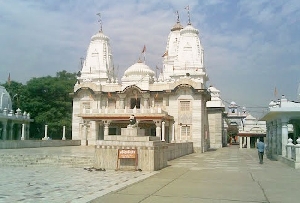 The temple is dedicated to saint Gorakhnath baba who is said to have meditated in Treta yug here. The temple premise is high on architecture and design. For years together it was maintained and looked after by Naga sadhus. For the people of Uttar Pradesh, the temple has a special place in their hearts.

The temple has stood the test of the time as there have been many attempts to destroy the temple in the Sultanate and Mughal era. The present day structure is the endeavor of Mahant Digvijayanath and Mahant Ayeiydyanath in the late 19th century.

The temple has the Garbha Grih where you can see the Baba Gorakhnath sitting in the yogic position. The temple premise has various small temples dedicated to different deities of Hindu mythology.  There is Akhand jyoti that is said to be burning since Treta yug, and the other attractions include Mahabali Bhimsen temple, Bhim sarovar, Durga temple.

The Khichdi parv is celebrated every year during Makar Sankranti (14th January). So, if you want to visit the best time then this is it. There would be lakhs of people visiting at this time.

The 52 acres of the temple premise is a  place to be if you are looking for the inner peace and calmness. Certainly, you would need more than few hours to roam around and praise the temple. 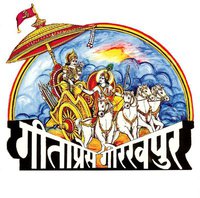 The world’s largest publisher of Hindu religious texts is located about 4 km from the railway station on Reti chowk. The name is popular and the place is not to be missed while in Gorakhpur.

Gita press was started by Jaya Dayal Goyandka in 1923 in order to promote the goodness of the Sanatan dharma (Hinduism). Hanuman Prasad Poddar was the lifetime editor of the press. The press has come a long way since then. It is a part of Gobind Bhawan Karyalaya.

The press has published 63 million copies of Gita and 64 million of copies of Ramcharitmanas.
Some of the important publications by the Press are Kalyan Masik,Shrimad Bhagvad Gita (around 100 interpretations), Mahabharata, Valmiki Ramayana, Puranas, and Upanishads.

The art gallery of the press is something that would leave you bewildered. The walls are painted with around 700 paintings depicting the Leelas of Shri Krishna and Shri Ram. All the 18 parts o the Mahabharat are written on the marble walls. You can get all the religious books at a good rate here. 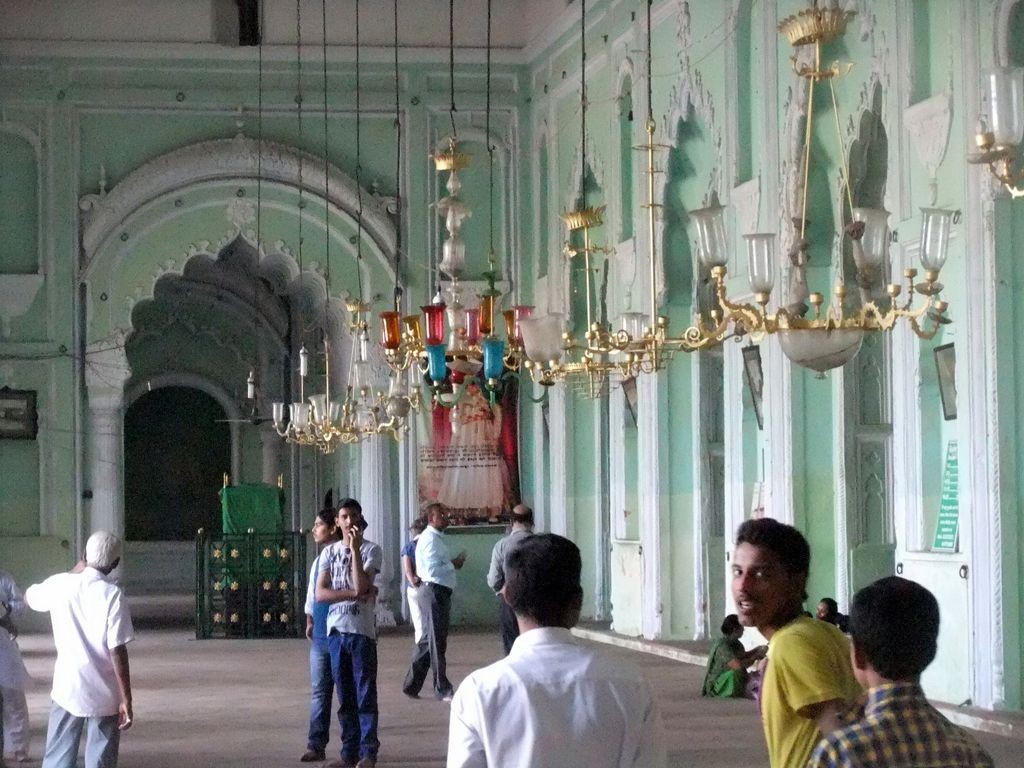 The dargah of sufi saint Roshan Ali Shah is a delight to watch for. The 18th century building has gold and silver Tajia and has the Dhuni (smoke) that is continuously maintained after the saint’s death. 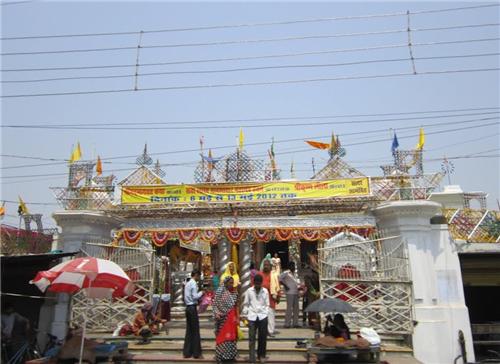 The 12th century Vishnu temple is a fine example of the architecture from Pal dynasty. The temple has been standing tall for centuries and has seen many dynasties rise and fall. It draws tourist from all over the country.

The Vishnu statue is made up of the Kasauti (black  stone) and this is  considered as one of the most splendid statues.  The statue comes under the protection of government and many other agencies play a role in maintaining it. During the Britishers, there have been failed attempts made to take the statue to England but then case was fought and Queen of Majouli regained the power.

The four corners of the temple houses the deities named Jagannath Puri, Dwarka, Rameshwaram and Badrinath, all the important pilgrimage centers (4 dhaams) of Hindus.

Every year on the occasion of Dussehra, a grand procession is carried out and Ram Leela is organized on a  grand scale. The temple premise is magnificently decorated and the aura of the place just lit up. You can see lakhs of people visiting the temple at this time for the blessing and to take part in the celebration. 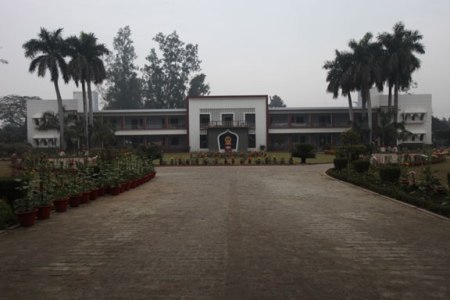 Arogya mandir is basically a naturopathy and therapeutic temple that offer variety of treatments to the patients who come here to get cured of the physical and mental ailments.

It was founded by Shri Bitthal Das Modi in 1940 but practically started in 1961 after the building work was completed.

The country’s largest naturopathy centers is visited by thousands of patients every year. Health related camps are organized and people are treated by the use of the natural healing methods, and are taught yoga in the original forms.The lush green environment, the positivity and the peace enables people to come here for the treatment and to have a visit to rejuvenate themselves.

The 10 days stay here is recommended to undergo a proper process of health rejuvenation and to learnt to live a life with healthy body, mind and soul. The accommodation facilities along with the basic amenities are provided by this wellness centre. 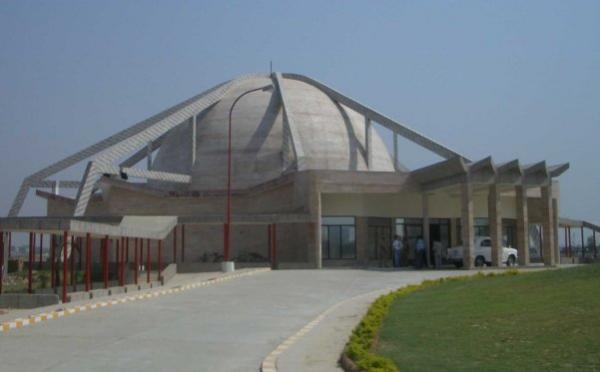 It is located at Tara Mandal and since it was re-opened to public in 2009, it has attracted astronomers and  students interested in the subject. This modern structure is developed on the digital technology.  Equipments of CRT, Evans and Sutherland are set up here.

The planetarium conducts 4 shows daily except Monday i.e. holiday. There are different show timing that you can check here. The entry fee is nominal and there is also discounted ticket for the group of 30 or more. 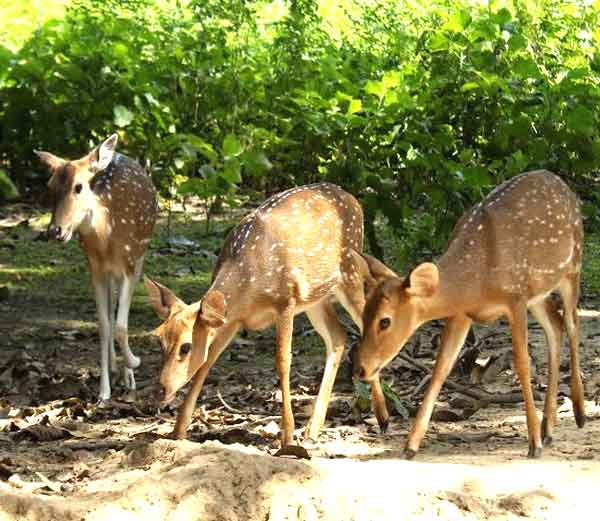 The forest is near the railway station and is full of sal and sequoia trees. There are numbers of monkeys, deer, and fox. This small wild life sanctuary is the picnic spot for the locals and is a good place to spend some time.

There is temple of Budhiya mai, which is known to be wish fulfillment temple. There is a park known as Vinod van and zoo here. Vinod van has variety of flora and fauna and loads of birds in the aviary.

It is advisable to carry food and water whenever you are planning to visit. The place doesn’t have many options when it comes to eateries. 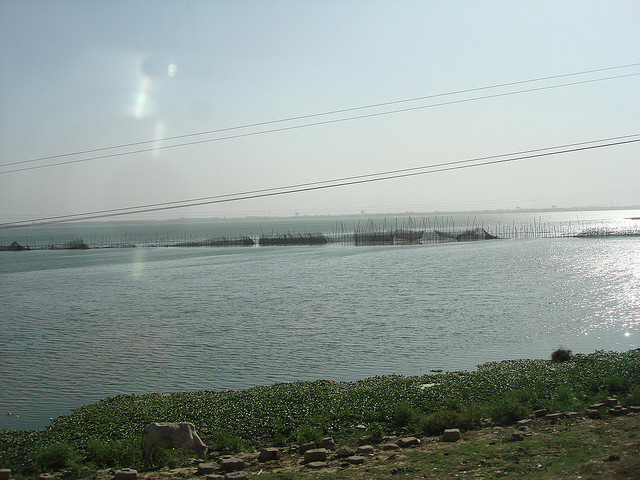 The beautiful lake is situated at Kasia road in Deoria district. it is spread in an area of 723 hectares with embankment of around 18 km.

It is said that earlier there was a village called Ramgarh that somehow disappeared and there came a huge hole which got filled with water and this is how Ramgarh tal came into existence.

The lake was earlier surrounded by greenery all over and there was dense area covered in trees and shrubs but with the time it disappeared. People usually come here to have a boating experience. 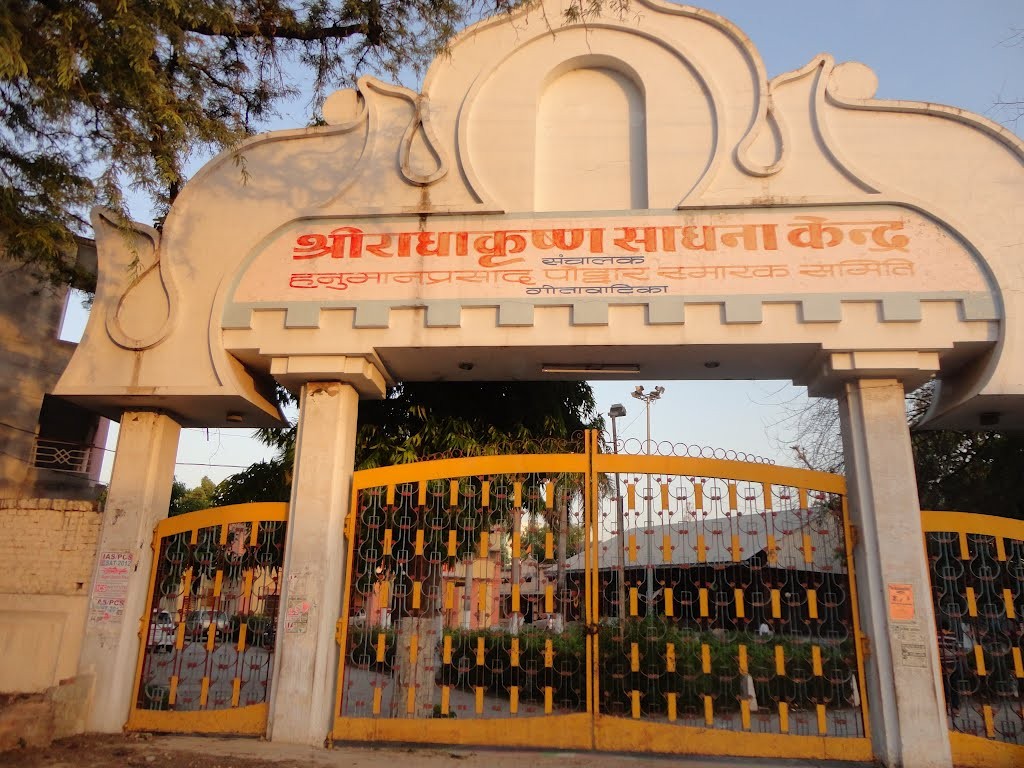 The complex is located on Gorakhpur-Pipraich Road near Asuran Chowk and is spread in an area of 5 acres. The temple was built by the lifetime editor of Gita press Hanuman Prasad Poddar. The temple has a exquisite statue of lord Krishna and Radha.

One interesting thing to know is that the prayers or the chanting that started in 1968 has been continuous and there hasn’t been any stopping or break. The prayers are offered on a dedicated mandap made only for this purpose. 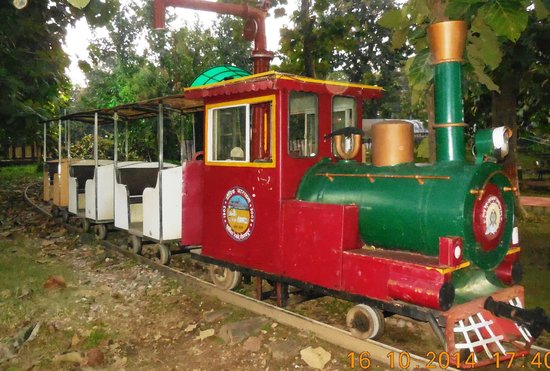 The rail museum was founded in 2007 and since then it has become a must visit place for the tourists. For those interested to know all about the Indian railway must not miss this place. For the entertainment of the children there is a toy train ride that they are surely going to enjoy.

You can see Lord Lawrence Steam engine of 1874 here. Apart from the main attraction there are number of items like uniforms, heritage rail coach, traffic control  instruments, photos related to the development of North-eastern railway, displayed related to Indian Railway. 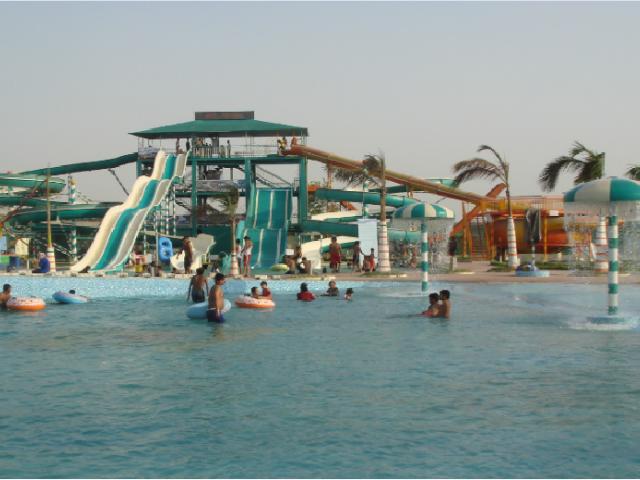 The water park is an attraction for the people of all age groups. The amusement park welcomes each and everyone. Paint ball, bowling alley, merry go round, toy train, shooting range an bull rides are some of the attractions here. And after you are done with the activities there is a food court that serves the food you will enjoy eating.

– Commerce Museum: Run by the University of Commerce, the museum is dedicated to the encouragement of education. Established in the year 1969 under the patronage of University of Commerce, the museum houses several charts, specimen, graphs, photographs, samples, etc.  So if you want to get educated about the education then this is the place for you.

– Puratatva Sangrahalaya: India is diverse in the history and culture and a museum is the best place to find out more about it. Puratatva museum throws light on the ancient history of the Gorakhpur city. It lies in the premise of Rahul  Sanskrityan sansthan. It has various articles related to ancient time like beads, figurines, terracotta objects, sculptures, etc. The manuscript tells various tales of the history of the city and if you get more interested you can take the help of the guide here.

– Lord Buddha Sangrahalaya: Revered by the Buddhist community, the museums displays the artifacts and relics associated with lord Buddha. The museum came into existence in 1987 but was opened to public only in 1997. The museum premise has more than 2000 articles related to the history of this land.

Gorakhpur is on the eastern side of Uttar Pradesh and experiences extreme summer where the temperature could go beyond 40 degrees so it might not be a good time to visit. Monsoon again is heavy and you might not be able to visit all the places mentioned here and do justice to the travel.

By Air:
Gorakhpur civil airport is the nearest airport. It is basically for the Air force but also offers civil aviation services and is well connected to the cities like Delhi, Varanasi, Lucknow and Kolkata.

By Rail:
It is well connected with the other major cities of the countries. there are number of trains to reach Gorakhpur and some of the trains that run from here  are Shaheed Express, Vaishali Express, Amarnath Express, Amrapali Express, Purvanchal Express, Gkp.-Ahmedabad Express, Sabarmati Express etc. The trains links major cities like Delhi, Hyderabad, Chennai, Nagpur, Varanasi, and others.